To support the movie’s release, we at ComicBookMovie have scheduled a number of exclusive interviews with the cast and crew, including Alan Maxson (Godzilla: King of the Monsters,) Tania Fox (It’s Always Sunny in Philadelphia,) John Lechago (Feast of Fear,) Richard Band (Exorcism at 60,000 Feet,) Tom Devlin (The Evil Within,) Roy Abramsohn (Weeds,) and Vincent Cusimano (Weeds).

We’re going to kick things off with Cusimano, who is known for his acting roles in The Valley, Weeds, and more. In Blade: The Iron Cross, Cusimano stars as Detective Gray. He’s revealed some interesting tidbits with us, including the fact that he wasn’t the first actor in line for his role!

Check out what Cusimano had to say below!

Joe: How did you initially become involved with Blade: The Iron Cross?

Vincent Cusimano: Well, I was brought in to tape an audition by the director, John Lechago. The role of Detective Gray was a bit older than me as initially written, but John wanted to get me on tape for maybe one of the other characters.

I didn’t get the part, but a few weeks later, I got a call from John and the original actor had dropped out at the last moment, so I was then offered the role, which I jumped at! What an incredible opportunity to work with the Full Moon family!

Joe: Were you a fan of the Puppet Master franchise before your involvement with this picture?

Vincent Cusimano: I would say I am a fan of the franchise as a whole, what it means to people. I haven’t seen every entry, but the first three are classics of any childhood.

I know this will sound cliché, but Puppet Master III is my favorite, mainly due to Richard Lynch’s performance. I love great performers, and Lynch is one of those 70s master character actors – he’s so bad he’s good.

Joe: Which of your other performances would you say best prepared you to work on Blade: The Iron Cross?

Vincent Cusimano: I’ve been working the last couple of years on a neo-noir web series called The Valley, in which I portray a mentally-ill detective. That role certainly put a “vibe” into my preparation for this picture, as well as studying those great Bogart and Cagney films. 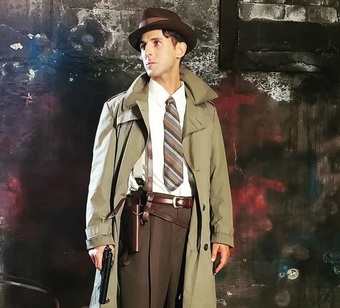 Joe: Is there any trivia you can share with us about your time on Blade: The Iron Cross?

Vincent Cusimano: Here’s a good one; when I got to set on the very first day, we quickly discovered that the character’s hat was way too large for my head. I had a friend deliver my own personal fedora that I hoped would fit the time period. Well, it did, and that was the hat that I wore throughout the film.

The exciting thing about the hat is it was my grandfather’s hat from his youth. It was given to me when he passed away years ago. I never get any use out of it because I don’t wear hats, normally. So, it became a nice little salute to my Papa Mac.

Joe: Which of your other projects would you recommend for fans of this new film?

Vincent Cusimano: Oh, wow, that’s a tough one! Well, I’ve been in a few horror films over the years that I think would be exciting finds for some.

George: A Zombie Intervention was my first film and a real learning experience for me. It’s a comedy/horror and even has the legendary Lynn Lowry in a terrific role. I also met Tom Devlin on that film. He did all of the makeup effects on George: A Zombie Intervention, and we became fast friends. Tom, of course, is the artistry behind Blade and the makeup effects on this film.

I also have a revenge-horror picture that is currently in post-production. It’s called Into the Devil’s Reach. I play a small-town sheriff with a nasty secret, so definitely give that one a watch when it’s released. 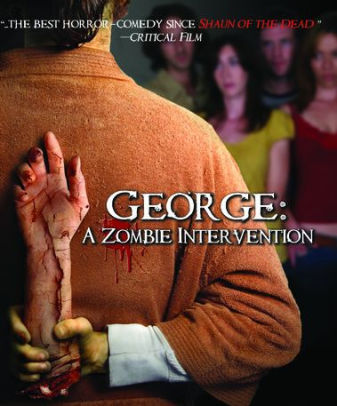 Joe: Are there any actors you look to for inspiration when preparing to deliver lines?

Vincent Cusimano: I absolutely look to other actors for inspiration while preparing for roles. I couldn’t list all of them, though, it’d be too damn many. Just listing a few might be trouble because I will leave off some people.

Vincent Cusimano: I hope they all enjoy Blade: the Iron Cross as much as any entry in the Puppet Master Franchise. It was so much fun to make, and everyone worked extremely hard to capture the spirit of the early days. Everything about this shoot was infused with old school grit and determination to make it as good as possible. As I said, I hope all of the fans enjoy it!

For decades the fans have been clamoring for it, and now Full Moon delivers with the first standalone feature debut of one of its most beloved (and most frightful) characters; the hook-handed maniac puppet, BLADE!

Charles Band’s Puppet Master series continues as an unspeakable evil from Blade’s past emerges in the form of a murderous Nazi scientist named Dr. Hauser. As Hauser’s heinous crimes are discovered, the psychic war journalist, Elisa Ivanov, awakens Blade, and together the bloody journey of revenge begins. It’s Herr Hauser’s reanimated undead army versus a possessed doll and a beautiful vengeance-seeking clairvoyant!

Who will win, and how will it affect the Full Moon Universe? Find out in Blade: The Iron Cross!

Blade: The Iron Cross is now available with a subscription to https://www.fullmoonfeatures.com/Full Moon Features.