The COVID-19 pandemic has resulted in a long list of release date delays, but a bigger problem for Hollywood is going to be figuring out how to resume productions. Actors are going to be left with multiple projects to shoot and clashing schedules, and in the case of Tom Holland, he needs to get back to work on Uncharted and Spider-Man 3 as soon as possible.

Luckily, both of those are being released by Sony Pictures, and it’s already been reported that work on the next Spider-Man movie could begin without him in order to accommodate the English actor.

Now, a new report from ComicBook.com indicates that barring any further issues or delays, Spider-Man 3 is now set to start shooting this September. The information comes from a casting grid for the currently untitled movie, though it’s noted that current circumstances mean its only tentative.

Very little is known about Spider-Man 3, though the prevailing theory is that the wall-crawler will be forced to go on the run after being framed for Mysterio’s murder (with Kraven the Hunter tracking him down). Time will tell on that front, of course, but it’s going to be a very different sort of adventure for Spidey, that’s for sure.

Are you guys excited for the movie?

What do we think comes next for Spider-Man in the
MCU? Click on the “Next” button below to find out!

Quentin Beck framed Spider-Man for his murder, so Peter Parker is bound to be a wanted criminal now. Something tells us his fellow Avengers will know better than to try and take their fellow hero down, but Kraven the Hunter targeting the web-slinger definitely makes sense for Spider-Man 3.

He could be reinvented as a mercenary or government agent, but Kraven wanting to make a name for himself by tracking down his deadliest foe to date would be the perfect premise for this next chapter.

We’re guessing that Mysterio is pulling the strings from behind the scenes as there’s no way he’s really dead, but that’s a reveal which is surely going to be saved for a post-credits scene (we’ll get to that a little later, but he could be about to take on a sinister new role in the Marvel Cinematic Universe). 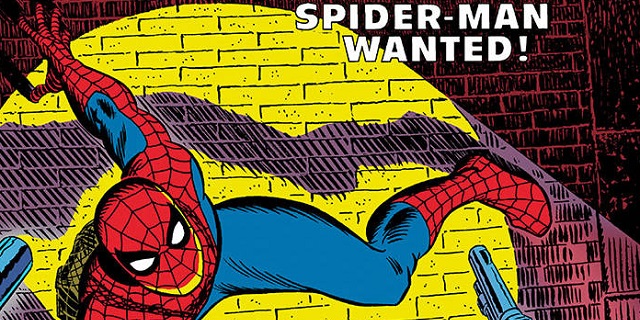 We alluded to this above, but the way Spider-Man is now perceived in the Marvel Cinematic Universe won’t be as a hero, but the “menace” from the comic books. Despite constantly putting his neck on the line to protect New York City, the public fear him, the police chase him down, and the press – courtesy of J. Jonah Jameson and The Daily Bugle – brand him as a criminal.

That’s been Spidey’s status quo since pretty much the start, and it’s fitting that the uncertainty surrounding whether he really killed Mysterio and attacked London will make that the case here too.

However, with his identity revealed to the world, it’s hard to predict what this will mean for Peter’s relationships with characters like Aunt May, Ned, and MJ, not to mention his high school future.

8. Spider-Man Teams Up With The Human Torch… 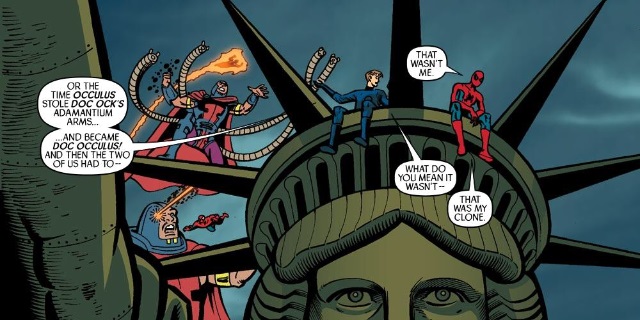 One of the most endearing and memorable friendships in comic books is Spider-Man’s love/hate relationship with the Human Torch. They’re constantly pranking each other, and squabble like brothers, but when the you-know-what hits the fan, their team-up always end with them saving the day.

Marvel Studios would be wise to take advantage of this on the big screen, and with it looking unlikely that Spidey will get to fight crime alongside Daredevil any time soon, this would be the next best thing.

Spider-Man has always had an interesting relationship with the Fantastic Four, and it was in the first issue of Amazing Spider-Man that he attempted to join their ranks. A meeting with the Human Torch would set the stage for something similar, and a possible new role for Spidey in the MCU.

7. …And (Briefly) Joins The Fantastic Four 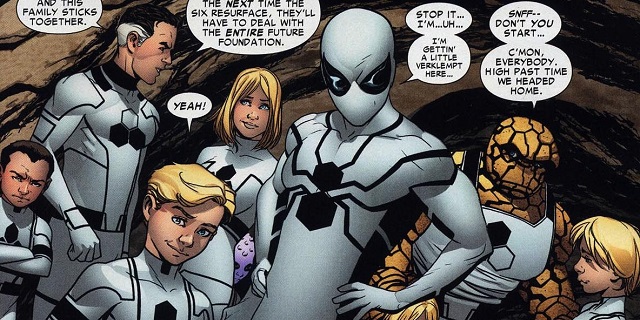 We’ve had three Fantastic Four movie (and one which was never even released in theaters due to it being such a disaster), and they’ve all been terrible. We have complete faith in Marvel Studios successfully rebooting the franchise, but how can they convince moviegoers to give them another chance?

Well, an A-List cameo from the wider Marvel Cinematic Universe would certainly help matters, and that’s where Spider-Man comes in. If he teams up with them – or even becomes a temporary member of the group – then interest will spike, and we’d love to see those Future Foundation costumes on screen.

Looking even further down the line, how cool would it be to see the New Fantastic Four assemble? That line-up consisted of Spider-Man, Wolverine, The Hulk, and Ghost Rider. 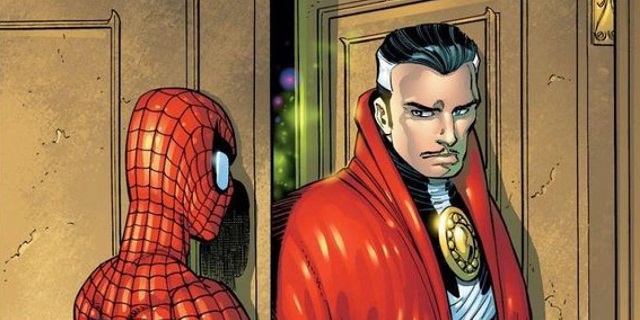 That Fantastic Four reboot is a long way off, so which Marvel Studios movie could Spider-Man swing into? Well, we’re pretty confident that it will be Doctor Strange in the Multiverse of Madness!

Sam Raimi is no doubt chomping at the bit to take another crack at the web-slinger, and seeing as Kevin Feige is a fan of JMS’ iconic Amazing Spider-Man run, we’re guessing he knows how entertaining team-ups featuring Spidey and the Sorcerer Supreme have the potential to be.

If Tom Holland’s Peter Parker gets the opportunity to travel through the Multiverse, how much do you want to bet he briefly stops by the Spider-Verse and even gets to been Tobey Maguire’s Spider-Man? 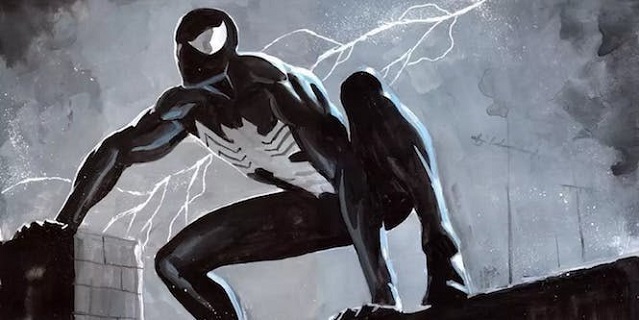 This isn’t necessarily something we’ll see in the MCU, but when Disney and Sony Pictures reached that new deal, it was confirmed that Spider-Man is going to swing between two worlds.

An appearance in movies like Morbius and Venom: Let There Be Carnage is unlikely, but beyond that, we would be shocked if Spidey doesn’t finally cross paths with Eddie Brock…and get a new suit in the process. It’s a team-up/battle fans want, and not one that would necessarily have a negative impact on what he gets up to in the MCU.

However, we certainly wouldn’t say no to seeing the hero bring that black costume with him when he does return after spending some time in the SUMC as “Venomized” versions of characters like Captain America, Wolverine, and Captain Marvel would make for a memorable sight. 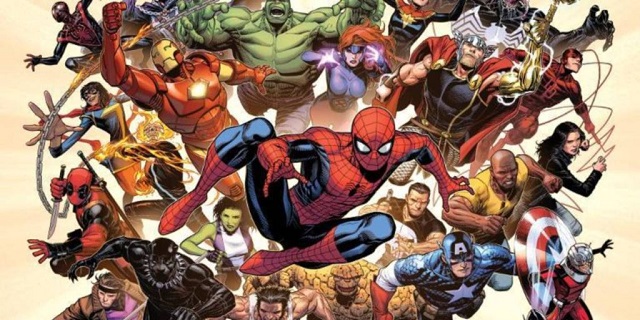 Recently, a rumour started doing the rounds which claimed that Captain Marvel 2 will set the stage for the debut of the New Avengers (who will presumably assemble to tackle a Secret Invasion).

Plans are said to be in place for Spider-Man to be part of the team, and it’s about time he get to serve as a full-fledged member of The Avengers. After all, he helped save the planet in Avengers: Infinity War and Avengers: Endgame, and his dynamic with Carol Danvers in the comic books is something which is undeniably worthy of being brought to the big screen as well.

We’re not sure how Peter’s newfound criminal status will affect his membership, but assuming he gets some help in Spider-Man 3 (from Jennifer Walters/She-Hulk, we’re betting), his name could be cleared.

3. A Battle With The Sinister Six 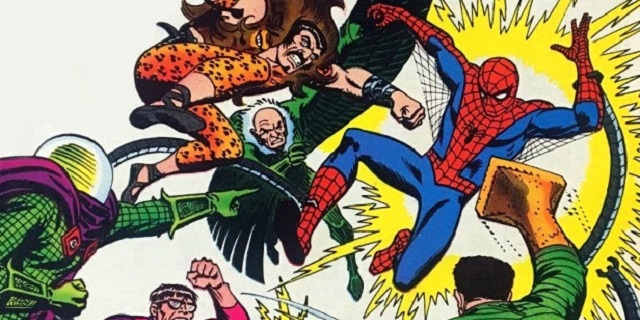 The Vulture, Scorpion, Mysterio, Shocker…Spider-Man has come face to face with quite a few villains in the MCU, and while there have been no overt teases, it’s hard to escape the feeling that the Sinister Six are somewhere on the wall-crawler’s horizon. Quentin Beck could lead this iteration, though we would like to also see the Green Goblin and Doctor Octopus!

Regardless of the roster, the biggest question we have is whether this battle would be produced by Marvel Studios…or Sony Pictures. The former would be preferable, of course, but who knows!

Sony has wanted a Sinister Six movie for a while now, so it could boil down to whether they would be happy for this villainous team-up take place in a standalone spinoff or one of Spidey’s MCU adventures. 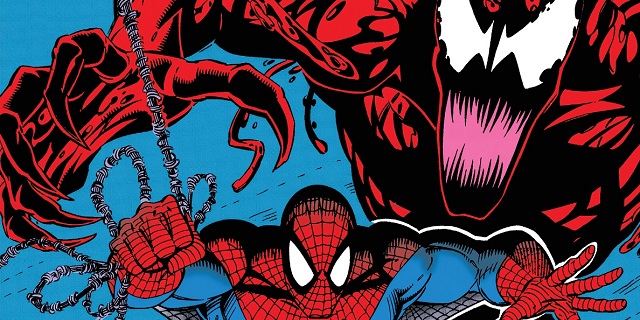 We mentioned a meeting between Spider-Man and Venom, and while it’s easy enough to imagine some of the ways that could pan out, we’d be shocked if it doesn’t lead to “Maximum Carnage.”

That sounds like a good title for an eventual event movie from Sony which incorporates characters like Spider-Man, Venom, Carnage, and Morbius, and we’re sure that more big names could be added to that line-up over the coming years as the SUMC continues to expand (Black Cat, perhaps?).

Sure, we wish Marvel Studios were in charge of this one, but as Spider-Man has the ability to leap between these two cinematic universes, this would be a spectacular way for Sony to take advantage of that. 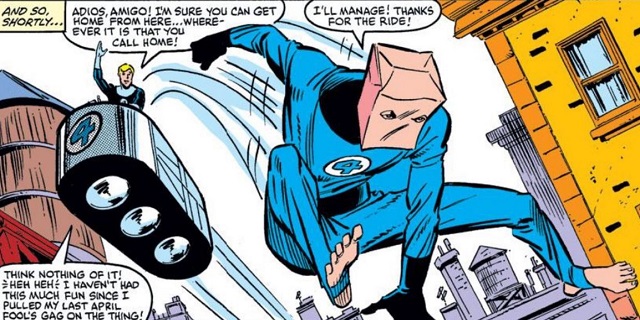 We’ve talked a lot about the Fantastic Four in this feature, but regardless of whether the Human Torch flies into a future Spider-Man movie or the web-slinger swings by the Baxter Building in their reboot, we have to see the Bombastic Bagman on the big screen at some point, right?

It would be an amazing (no pun intended) moment for comic book fans, and something we can definitely imagine Tom Holland being able to pull off. If the hero does try to join the team and gets turned down, him getting a Fantastic Four costume like this would be fun, tongue in cheek way to wrap up his desire to be part of the group…while also kicking off a rivalry with Johnny Storm!

Kevin Feige is as geeky as the rest of us, so we would be shocked not to see this brought to the MCU…